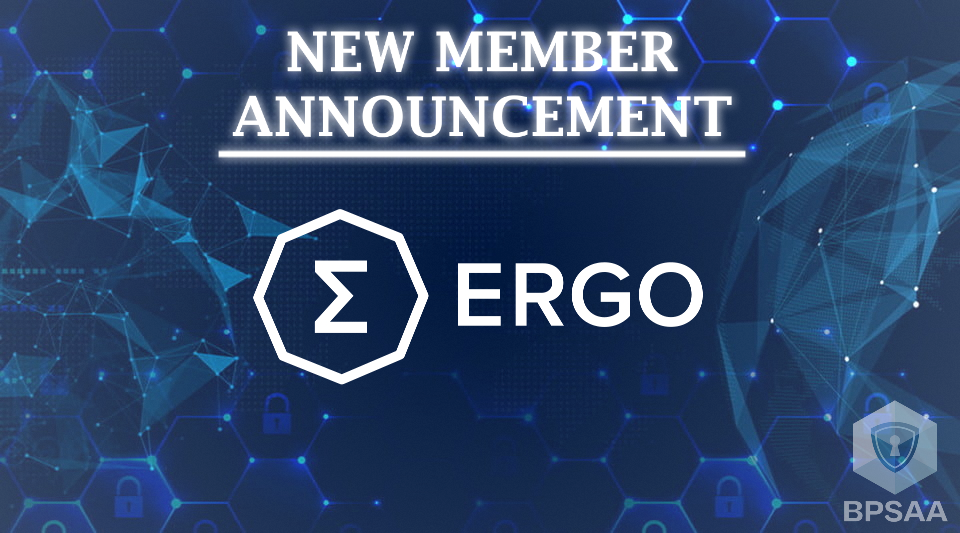 After just about 3 months since our official launch, we are absolutely PROUD to announce the latest member to join the Alliance: Ergo

Ergo is a smart contracts and DeFi platform that offers powerful but safe smart contracts, with Sigma protocols enabling flexible, highly composable applications out of the box. Their team is comprised of blockchain researchers, many developers and a strong community. Their chain is based on Sigma protocols and utilizes zero knowledge proofs and enables ring signature and threshold signature functionalities.

There are quite a few integrations that are planned with this new addition to the BPSAA, including adding Ergo to the TNdex, GalleonOS and much more. Ergo plans on integrating BPSAA members into their upcoming Dex, as well as other services they are currently building.

After many discussions from within the BPSAA and the weekly meetings, the BPSAA has developed a smoother process for integration, as well as many other ideas for developments that will be collaborated on. Progress is coming along nicely with all the developments planned and currently being built, and new partnerships will be announced!