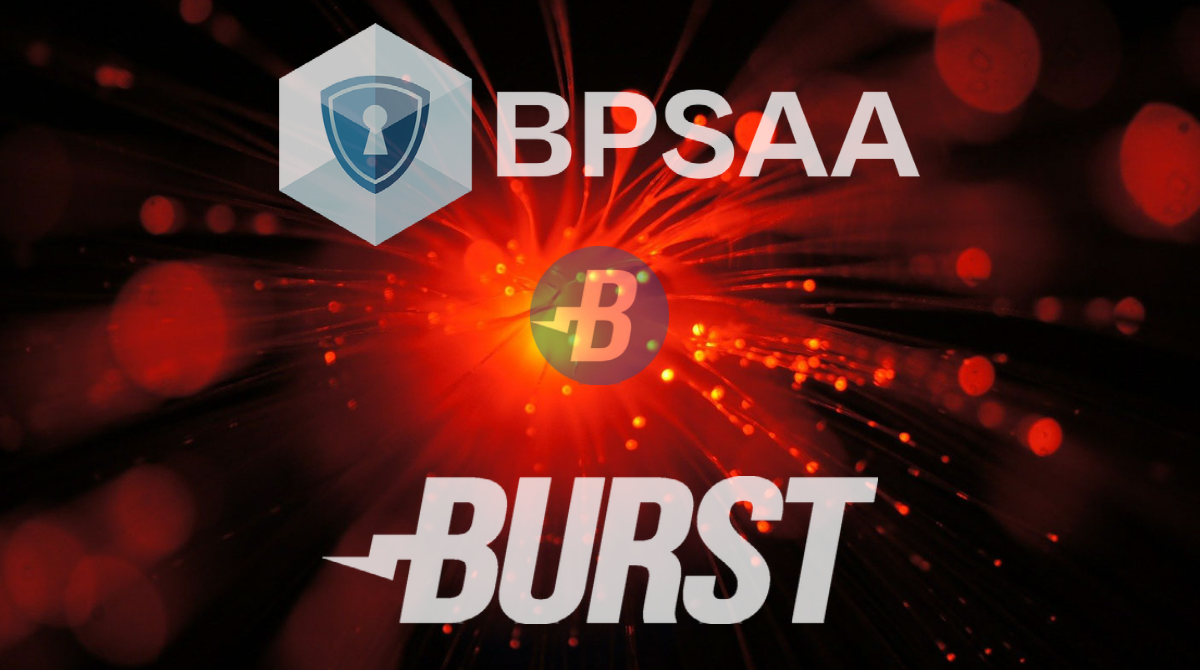 The Blockchain Privacy and Security Adoption Alliance (BPSAA) is proud to announce Burstcoin as its newest member. Burstcoin is the 8th project to join the BPSAA think tank.

Burstcoin is the first coin that uses the free space on your hard drive for mining and provides a passive income in return. Burstcoin was the first cryptocurrency to utilize the Proof-of-capacity (PoC) consensus algorithm.

PoC was designed to be a sustainable and most importantly much more energy-efficient alternative to the proof-of-work model. Compared to proof-of-stake, proof-of-capacity is also considered to be more fair and decentralized. Notably, Burstcoin was the first cryptocurrency to implement Turing complete smart contracts, and the first to run a program on top of a blockchain.

Burstcoin possesses all the features that are needed to run decentralized programs and services on its public blockchain. Current development efforts are focused on making Burstcoin’s smart contract functionality more accessible by creating code libraries also in Java. The team recently leveraged the marketplace and asset exchange functionality to create a decentralized peer-to-peer cryptocurrency exchange, BTDex.

Native to its code base, Burstcoin boasts of the following features that can be leveraged to create robust business solutions:

The BPSAA is a think tank in its heart. The founding members, Pirate Chain, Turtle Network, Sentinel and Ether-1 established the alliance based on a shared desire of collaboration and interoperability to improve the blockchain ecosystem.

Burstcoin joins other notable new members such as Ergo and Komodo. In addition to the increased pool of developers, benefits to alliance members include shared development and marketing resources, industry expertise and a wider reach in social media.

How will Burstcoin improve the team

There are numerous mutual benefits with Burstcoins’s addition. Burstcoins’s team adds extensive experience in the blockchain space. Burst’s decentralized exchange (BTDex) is a great addition to the plethora of privacy solutions being supported by the BPSAA. All BPSAA members will be added to the BTDex platform with further interoperability initiatives planned.

As an added bonus, the combined social media reach of all BPSAA members totals 225,000 with the addition of Burstcoin. This has significant impact on the united voice of the BPSAA.