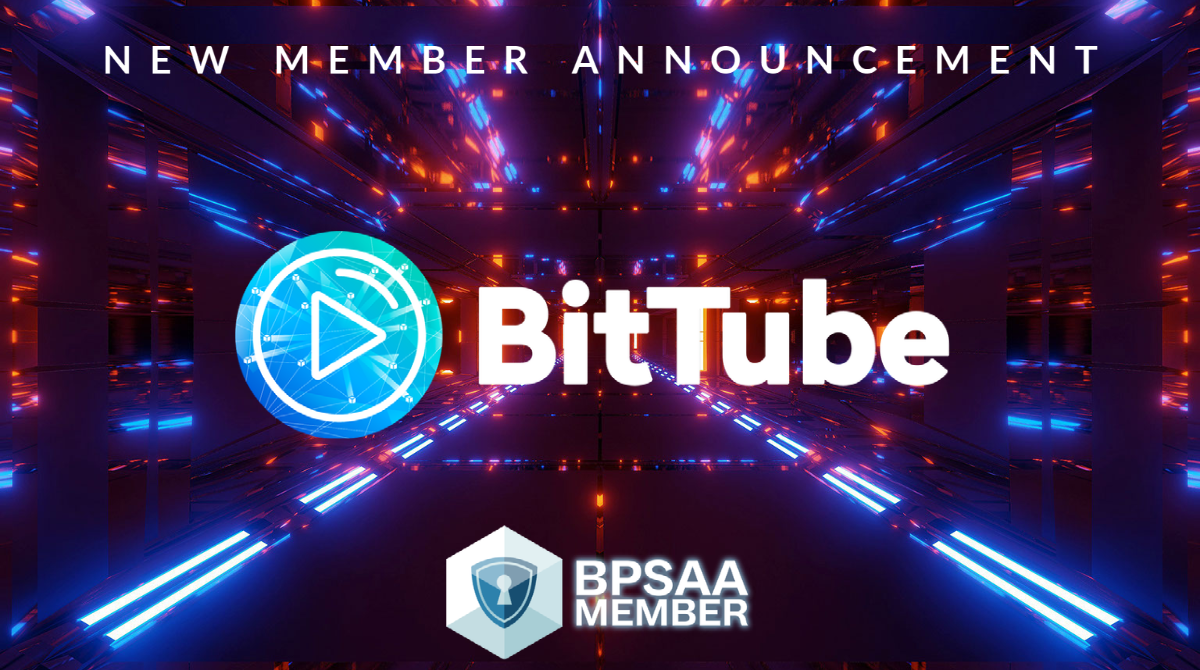 The Blockchain Privacy, Security and Adoption Alliance (BPSAA) is excited to announce BitTube as its newest member. It is the 9th project to join the fast-growing BPSAA thinktank.

BitTube is a project focused on the shift from centralized services on the internet to decentralization. It was first launched in January 2018 and in this short period of time BitTube has managed to produce a lot and become very visible in the space of alternative social media.

The project initially started off with the name “InterPlanetary BroadCast (IPBC)“. This was a peer-to-peer video platform, based on the Interplanetary file system (aka IPFS). The project was shortly thereafter rebranded to BitTube. The newly named platform managed to successfully host the world’s largest decentralized video stream of over 200,000 concurrent users watching the soccer World Cup finals.

The BitTube video platform is known for its simple design and interface that allows anyone who is familiar with YouTube to be able to use BitTube with the same ease. And while the DNA of BitTube is based purely on blockchain technology, this project is unique as the user does need to know anything about mining, trading or cryptocurrencies in order to be part of the platform.

BitTube’s core mission is to provide next-generation software that fosters freedom of expression over the Internet. There is a clear demand for censorship-resistant communication, content sharing, peer to peer payments and content monetization. To meet that demand, BitTube provides peer-to-peer solutions with decentralization, privacy and security in mind. This aligns perfectly with the goals and aims of the BPSAA, in terms of blockchain technology and its application but also in one of its core principles to support alternative censorship-free social media networks.

After it’s original inception as a video platform BitTube has really branched out to cover many other areas, broadening the scope of the project significantly. As part of those efforts several technological solutions have been created:

The BPSAA is at its core, a think tank of blockchain projects. The founding members, Pirate Chain, Turtle Network, Sentinel and Ether-1 established the alliance based on a shared desire to collaboratively improve the blockchain ecosystem. BitTube joins a great selection of exciting new members including Ergo, Komodo, Burstcoin and DragonChain. In addition to the increased brain power, there are numerous mutual benefits with the new addition. Firstly, BitTube has a strong interest in privacy and interoperability, which are both core values for the BPSAA. Secondly, the project’s experience in providing social media solutions will be greatly beneficial to all members of the alliance. As an added benefit, the combined social media reach of all BPSAA members with the addition of BitTube has surpassed 340,000 followers across all social networks. This is strengthening the united voice of the BPSAA and increasing its mix of capabilities and outlook for the future.

Find out more about the members of the BPSAA.