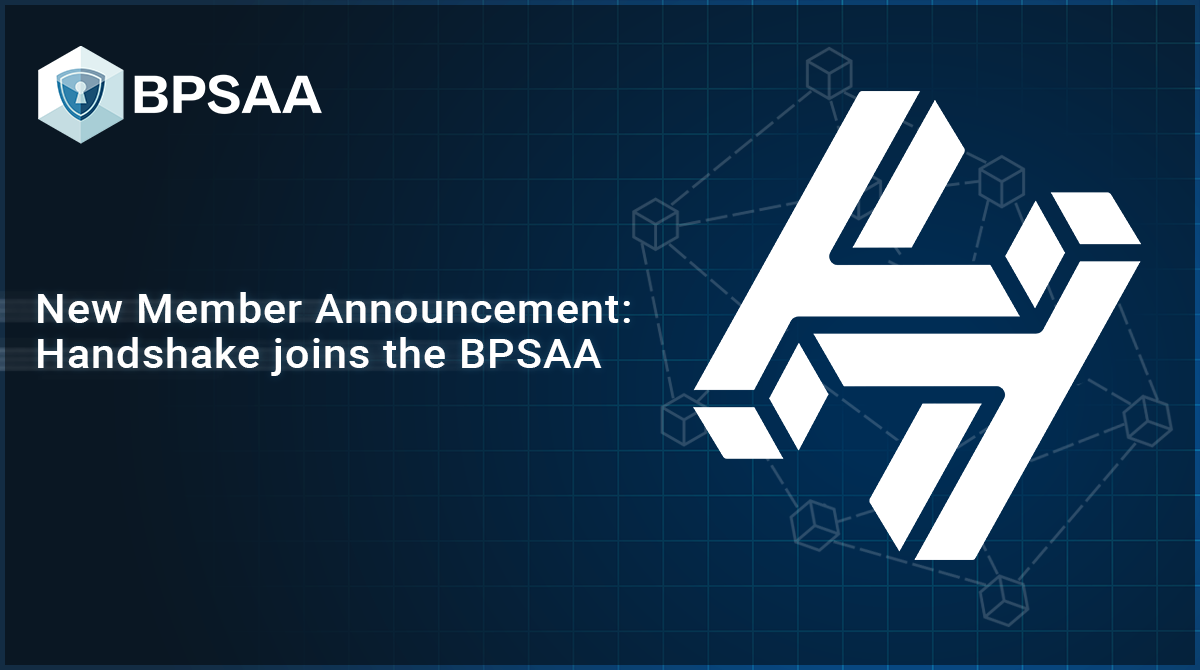 The Blockchain Privacy, Security and Adoption Alliance (BPSAA) is excited to announce Handshake as its newest member. It is the 10th project to join the fast-growing BPSAA think tank.

Handshake is a community-run blockchain protocol with a core aim to keep the internet decentralized and free. It does that by decentralizing the DNS root zone. This in effect is the decentralization for the control of top-level domain names with the goal of replacing existing Certificate Authorities. And all this with the core aim (to rehaul Internet security and privacy).

When you attempt to visit a website like https://bpsaa.vision/, your browser will first need to figure out how to get to .vision’s servers. To find .vision, your browser consults something called the root zone file. This root zone file is controlled by a single entity called ICANN, who alone dictates whether you’re allowed to have a top-level domain. So if you wanted to get .yourname, you’d need to submit an application and pay a fee for ICANN to review your request.

What this means is, the entire Internet Domain Name System that everyone uses around the world is effectively controlled at its core by a single organization, ICANN. Handshake changes this by moving the root zone file onto a decentralized blockchain that nobody controls, so anyone can get a top-level domain. Handshake names are minted through auctions to the highest bidder, which means the cost to mint any given Handshake name is purely market-driven. Furthermore, the winning bid for each auction isn’t paid to anyone and is instead burned. Handshake names are private and uncensorable top-level domains that anyone can own.

The BPSAA is at its core, a think tank of blockchain projects. The founding members, Pirate Chain, Turtle Network, Sentinel and Ether-1 established the alliance based on a shared desire to collaboratively improve the blockchain ecosystem. Handshake joins a great selection of exciting new members including Ergo, Komodo, Signum, BitTube and DragonChain. In addition to the increased brain power, there are numerous mutual benefits with the new addition.

Handshake has a strong interest in internet security and privacy, which are both core values for the BPSAA. The project’s experience in providing domain name solutions will be greatly beneficial to all members of the alliance. As an added benefit, the combined social media reach of all BPSAA members with the addition of Handshake has surpassed 500,000 followers across all social networks. This is strengthening the united voice of the BPSAA and increasing its mix of capabilities and outlook for the future.

Find out more about the members of the BPSAA.